In 2019, we received funding from Phillips 66 Ferndale Refinery to support our ongoing stewardship work with our Trail & Wetland Boardwalk project in Fairhaven Park. As a thank you for their support, we planned to install a standard park bench to commemorate their community donation. The location we chose was the fenced mitigation plantings in our Upper Meadow Buffer area to become a public space with a garden gate for people to enter the maturing Native Plant Garden. The fence had been in place to provide security from animals, preventing them from eating our budding plants.

In 2020, Recreation Northwest worked with McAuley Design Works to create an entryway that would reflect a Japanese Torii style. This style of a traditional Japanese gate is most commonly found at the entrance of or within a Shinto shrine, where it symbolically marks the transition from the mundane to the sacred.[1]

Our intention was to reflect the heritage of Shinrin-yoku (森林浴), which literally means “forest bathing”, which originated in Japan in the early 1980s and may be regarded as a form of nature therapy. We were also creating a space for the public to tie into our Parkscriptions program- encouraging people to Get Your Dose of Nature.

When the gated entryway was installed, the mitigation fencing was still in place to provide protection for the native plants. This meant that a door through the gateway was also necessary to prevent unwanted grazers while allowing the public access. The massive door swung both ways and was secured in place with a simple pin that was left to visitors to use to shut the door. Needless to say, securing the door didn’t always happen and the gate would swing at the whims of the weather. 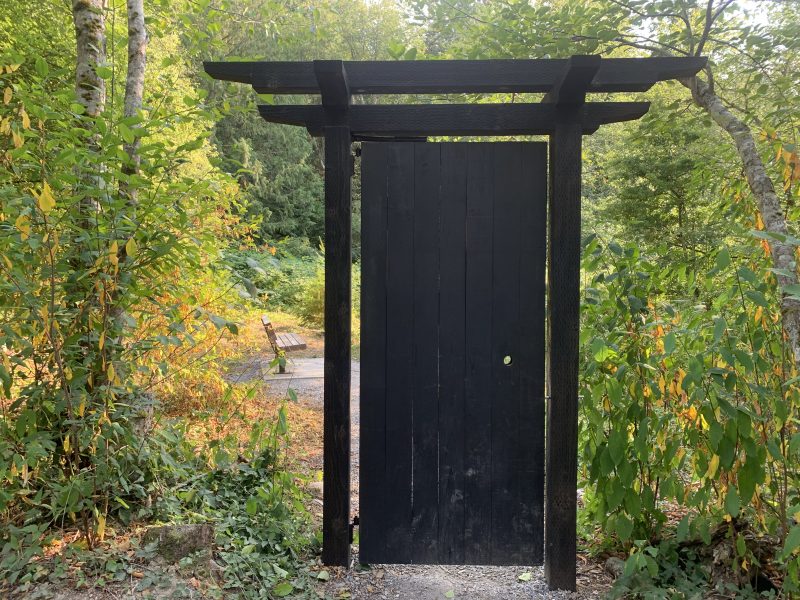 By 2021, the plants had the necessary love and attention given to them over the years- with our volunteers continuing the maintenance of removing the competing invasive blackberries, thistle, and buttercup- were mature enough to have the fencing removed. We were excited to open up the wildlife corridors for the deer and other animal friends to roam freely through the woods.  See our article: Removing Wildlife Barriers

In the process, we chose to leave the door to the garden gate in place as an element to instill the act of transitioning from the mundane into the sacred as you enter this special space-  increasingly being used by the public. In this seemingly serene environment, the door did get battered by the winter winds that we experience here in the Pacific Northwest- requiring ongoing maintenance and repair.

In March of 2022, the door experienced human vandalism with evidence left of a large boot print marked by mid-range kick on the outside of the door. For safety, we removed the door and brought it back to the shop for review and repair. See Instagram post.

From a social perspective the perceived barrier that the door created was an interesting experiment on how the community would engage with a closed door. For some it was a literal barrier that suggested exclusivity and created confusion. We hadn’t installed signage inviting the public into this area and left it up to interpretation.

Since the door was originally installed as a preventative measure for our mitigation site, alleviating the need for ongoing monitoring and maintenance, we have decided that we will not be reinstalling the door to the garden gate. It was fun whilst it lasted. In the words of the gate designer/builder, Mike McAuley, “We don’t need to have this be another gated community.”

While the door is no more, the entryway of the Torii gateway will remain in place to welcome people into the Native Plant Garden. This is a better traditional representation of the style and will continue to provide a sense of transition from the mundane of our urban world to the sacredness of being in nature. 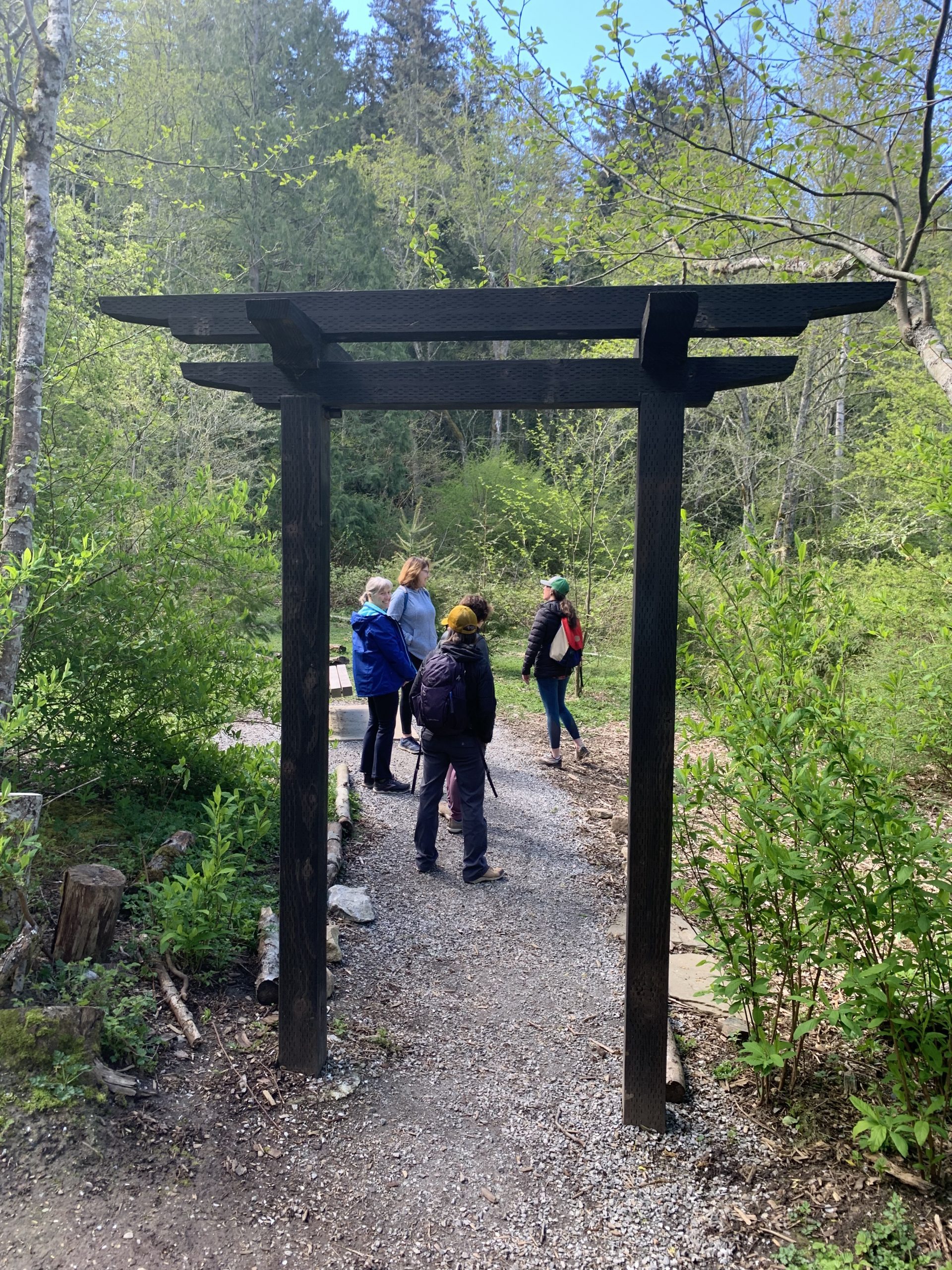