Recreation Northwest is proud to support the efforts of the Wildlife and Recreation Coalition and Washington Recreation and Park Association. Representatives from our organization and others gathered in Olympia on February 7th to meet with our local state elected officials. We spent the day of advocating on behalf of the Coalition, urging for the Legislature to fund the Washington Wildlife and Recreation Program at $130 million dollars in the 2019-21 capital budget. We also each shared a specific issue or project that is related to this funding and why this work in so important for Washington. 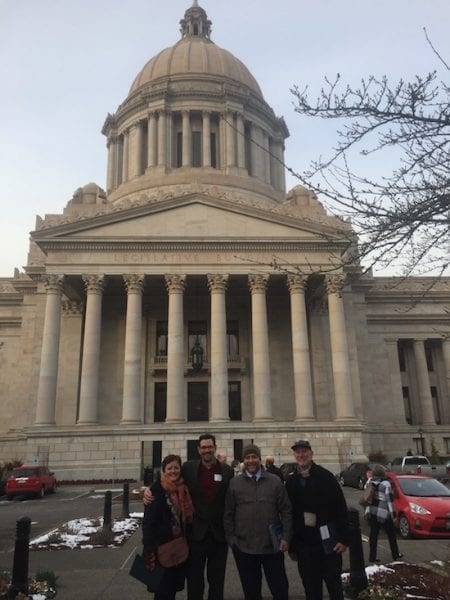 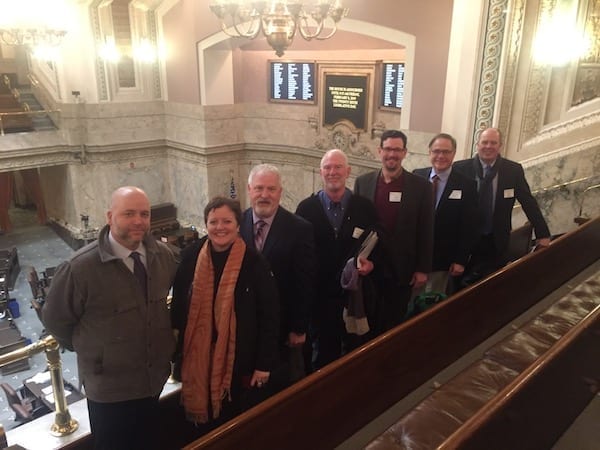 We also took the time to sit in the House while it was in session and witnessed first hand how our state government works. We were impressed by the Speaker Pro Tem of the House, Representative John Lovick from the 44th district.

After our day of meetings, we were invited to a special event at the Governor’s Mansion. It was a great opportunity to talk with others from around the state about their day of advocacy. Then, as we were all excited to hear was the Governor’s address to the small gathering of recreation activists. As Governor Inslee spoke, Betsy Robblee, Outreach & Policy Manager for Washington Wildlife and Recreation Coalition, shows her excitement and enthusiasm for a full day. 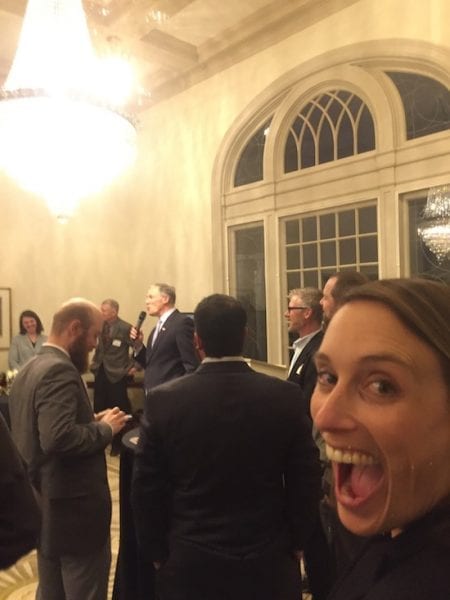 Betsy and her colleagues get the credit for pulling everything together for this amazing day.

After the Governor spoke and we mingled with others, I saw the man who had impressed us with his ability to get things done in the House of Representatives. Nicole and I had to have our photo taken with him. Here we are with Representative John Lovick. 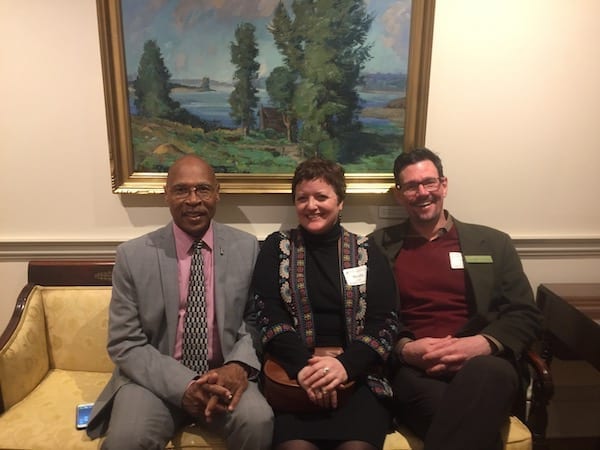 Recreation Northwest is a proud partner of the Coalition and is delighted to be working on behalf of Washington’s public to advocate for funding for parks.

The day was a big success. Thanks to the group