Speakers representing recreation businesses and community organizations will discuss efforts to get more people outside.

What are the current barriers and challenges? And what are the opportunities and possible solutions both locally and statewide?

As an athlete, Mom, Nurse Practitioner, and President of the Greater Bellingham Running Club (GBRC), Alex believes in the power of being outside for physical health, mental health, fun, socializing, exploring, and creating connection. In 2012, Alex moved to Bellingham after more than 20 years of living in urban East coast settings.

Marc Berejka has served as REI’s first, full-time government affairs professional since 2011. Mr. Berejka guides REI’s engagement in policy matters at the federal and local levels. This includes advocacy on issues that affect retailers in the outdoor recreation sector, such as main-street business regulation, Internet sales, and international trade. And it includes efforts to assure REI’s current and future members can continue to enjoy outdoor recreation – whether that be recreating close to home or at the nation’s many outdoor destinations. Mr. Berejka also oversees REI’s community grants program, which annually distributes several million dollars to hundreds of local, regional, and national organizations that help sustain the country’s recreation infrastructure. 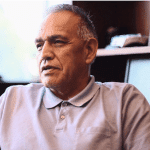 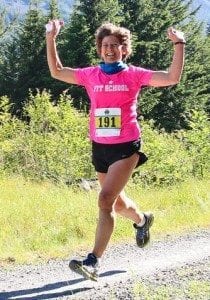 Carol Frazey is the founder of Fit School, Inc.. She earned an M.S. in Kinesiology from the University of Colorado while working with athletes who would go on to become Olympians. As an undergraduate at the Pennsylvania State University, Carol was a member of both the cross country and track and field teams. Using her own 33 years of healthy running experience and 22 years of coaching, Carol has empowered hundreds of women through running. Her mission is to educate and motivate individuals to make small changes each day to live healthier lives…and to have fun while doing it!
TheFitSchool.com 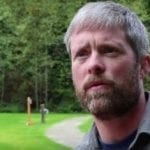 Joshua Brandon began his love affair with everything alpine after taking his first steps on a mountain on Mount Rainier in 2008. A graduate of The Citadel (The West Point for bad kids), he served as an Army Infantry Officer for ten years, including three combat tours in Iraq, for which he was awarded the Silver Star and two Bronze Stars with Valor. In 2007, Joshua was diagnosed with PTSD resulting from his combat experiences, and he has since battled with the effects of PTSD and TBI through his journey in the outdoors. When his war was done, alpine climbing began as a way to challenge him beyond combat, to erase the notion of being a washed up warrior.

Joshua Brandon is an outdoor contractor who has worked for a variety of outdoor related projects including veteran outdoor therapeutic adventure, veteran outdoor scientific studies, conservation, African anti-poaching, and Washington State outdoor policy. He was part of the Governor’s Advisory Taskforce on Outdoor Recreation, and helped ensure the inclusion of military families and veterans in the No Child Left Inside bill.

April is a co-founder and former co-Executive Director for Recreation Northwest. She has a passion for place and loves exploring, experiencing and sharing the beauty of the pacific northwest.  She is currently working with Ocean Conservancy to protect our oceans, specifically the Arctic.