Founding Board President, Adam Lent, recently completed the Seattle Firefighter Stairclimb. In his first attempt in this event, Lent posted a time of 18:24, with an impressive finish of 337 out of the 1,855 participants.

Held in Seattle’s Columbia Tower, the firefighters climb 69 floors to the top. See full details at bottom of article. 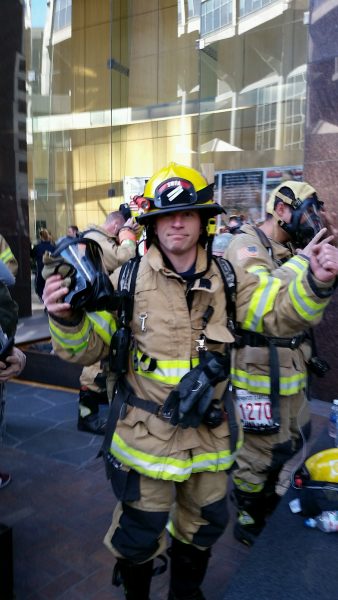 Geared up and ready to GO!! 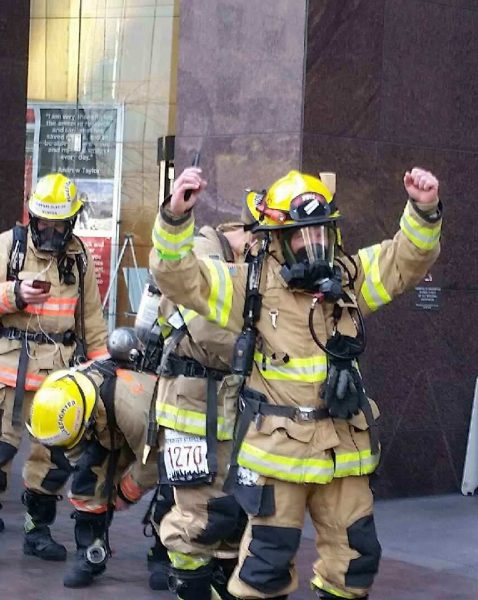 Checking in to get in line. 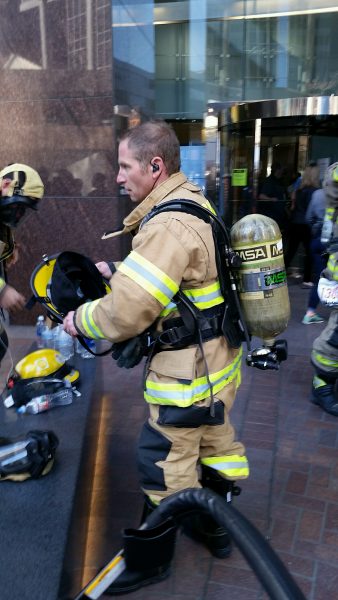 After the race to the top, Adam celebrates with his team mates. Congratulations, Adam!! 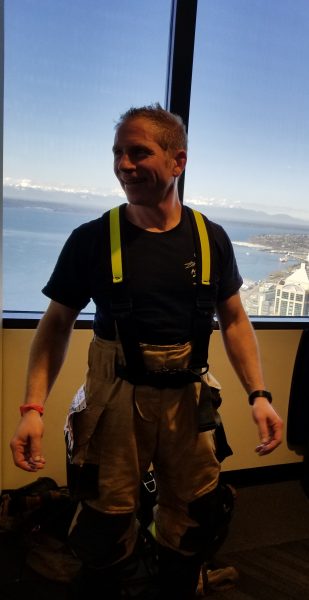 “At 788 feet of vertical elevation, the Columbia Center in downtown Seattle stands as the second tallest building west of the Mississippi, and the tallest in Seattle. It takes 69 flights of stairs and 1,356 steps to reach the highly acclaimed observation deck overlooking the city.

The Scott Firefighter Stairclimb is the world’s largest on-air stairclimb competition. The money we raise through sponsorships, individual and department fundraising, and entry fees directly supports the mission of The Leukemia & Lymphoma Society.

This consistently sold-out event is the Leukemia & Lymphoma Society’s annual fundraiser open solely to firefighters who must compete in full structural turnout gear while on-air. Completing the climb is a physical triumph in itself, but it is also symbolic of, yet pales in comparison to, the strenuous journey that all cancer patients endure. As firefighters race to the top of the tower, they keep in mind that every step forward is representative of moving toward finding a cure for all those battling a blood cancer.

In 2017, the event featured 2,000 firefighters from over 330 different departments and 9 different countries. This group of phenomenal climbers brought in a record $2.4 million for blood cancer research and patient services.

To date, LLS has invested over $1 billion to develop cancer therapies and advance the production and application of many drug treatments. Now in it’s 27th year, this event has raised almost $15 million for LLS. We are continually astounded by the passion this community brings to this campaign, and are excited to aim for our 2018 fundraising goal of $2.65 million! ” source: Scott Firefighter Stairclimb