Tim Niemier will be sharing a story from a unique perspective on Washington’s Recreation Economy and what it looks like now and in the future at our groundbreaking Outdoor Recreation SUMMIT as part of our Recreation Northwest EXPO. 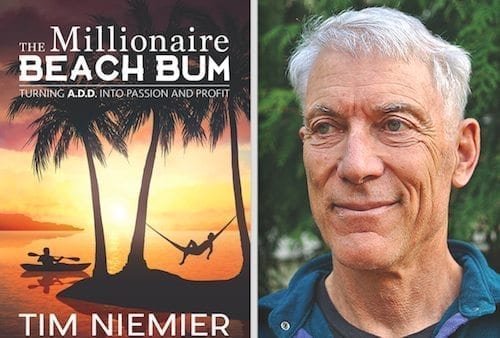 The Book
Niemier recently published “Millionaire Beach Bum – Turning A.D.D. Into Passion and Profit”. Against overwhelming odds, he used the power of A.D.D. to combine his passions for art and water sports into designs for kinetic kayak sculptures. 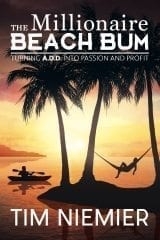 People have said, “Today, there are more boats and boards on this earth designed by Tim Niemier than anyone else in history.” He introduced the sit on top kayak to the world and started Ocean Kayak Inc., which became a multi-million dollar business that transformed paddlesports from an elite expert sport into a recreational activity almost anyone could enjoy. This is the story of Tim Niemier and his audacious dream of “getting a billion butts on boats and boards” by creating simple water-friendly designs for everyone.

Meet Millionaire Beach Bum Tim Niemier
Or, how to overcome ADD, change kayaking forever, and have a ball doing it. Canoe and Kayak Magazine, 2015

Niemier was profiled as an Inventor in an article by Coca Cola Journey in 2013 for his work in Innovation Environment and Culture. “Should you ever have the opportunity to chat with Tim Niemier, one of the most innovative minds in water sports, you may be in for a surprise…” – Mike Hess, The Coca-Cola Company.

From his Wikipedia page:

Tim Niemier is a designer of watercraft, currently focusing on kayaks and stand up paddleboards. Niemier is credited with introducing the sit-on-top (SOT) kayak design. In January 1988, Tim founded kayak manufacturing and sales company, Ocean Kayak, to produce these unique kayaks usingpolyethylene. Ocean Kayak was producing upwards of 200 kayaks per day when its assets were purchased in 1997 by Johnson Worldwide Associates, now Johnson Outdoors, Inc.[1]

Since selling Ocean Kayak, Niemier has been providing custom design services and creating new lines of stand up paddleboards and other watercraft for manufacturers and individuals.[2]