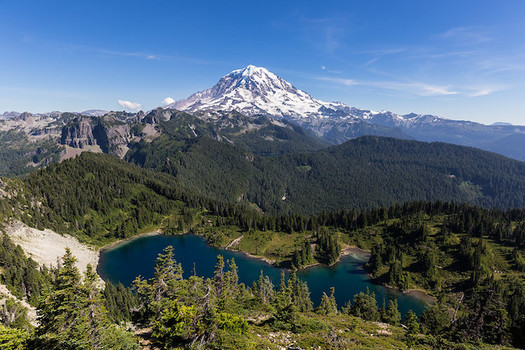 SEATTLE – With a divisive impeachment trial over, advocates for public parks are hoping Congress can focus now on an issue with bipartisan support – national parks.

The Restore Our Parks and Public Lands Act would fund repairs sorely needed in the country’s national park system. Deferred maintenance costs are nearly $12 billion, according to the National Park Service.

Executive Director of Recreation Northwest, Todd Elsworth, says Washington state is fortunate to have three parks, but overdue repairs are a roadblock.

“When they get to these places and there’s deficiencies in infrastructure, and roads and bridges, and other parts that make, really, the park accessible and safe for everyone,” says Elsworth, “that’s where we’re really seeing some challenges.”

National parks are a big economic driver in Washington. In 2018, they saw more than eight million visitors who spent more than $500 million in gateway communities, and generated nearly 6,000 jobs.

However, repair costs in the state are nearly $428 million.

Marcia Argust is director of The Pew Charitable Trusts’ Restore America’s Parks Campaign. She says at a time when Washington, DC is so polarized, this is legislation that can move forward.

“It’s supported by over half of Senate members and over three-quarters of the House members,” says Argust. “And it’s also supported by the administration.”

Elsworth adds that addressing the maintenance backlog is becoming more important as the state’s population grows at a rapid pace and puts more strain on parks.

“I believe that one of the reasons that people are moving here,” says Elsworth, “not just for the tech jobs and other sectors, but it’s the access to the outdoors that so many of us yearn for and appreciate. And it’s part of the Washington experience.”

Support for this reporting was provided by The Pew Charitable Trusts.