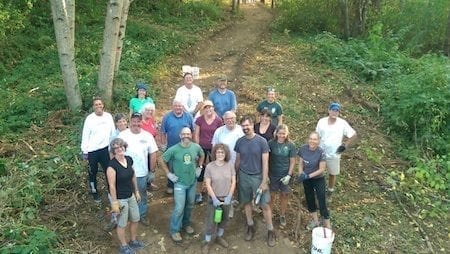 The perspective of the Work CREW above was taken by Executive Director (and amateur photographer) Todd Elsworth. Below he’s showing off where he got the shot from: 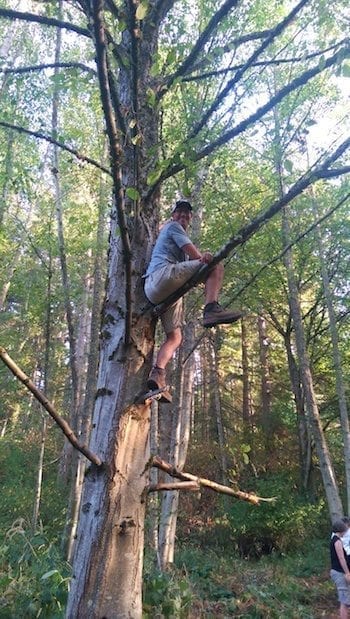 Kirsten Wert from Whatcom SmartTrips lopping roots in the trail. 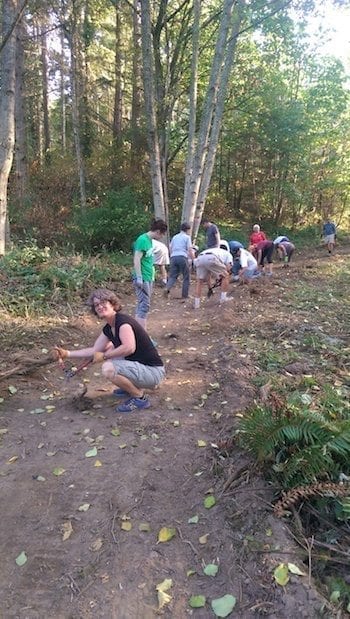 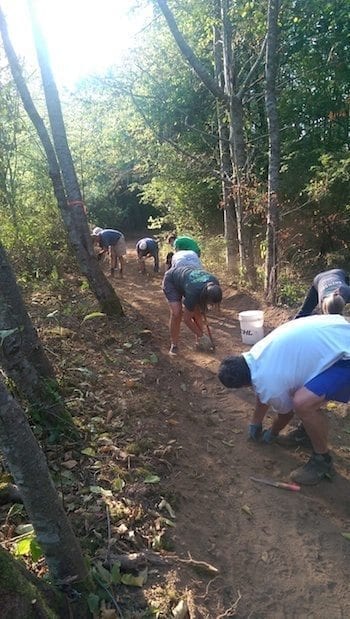 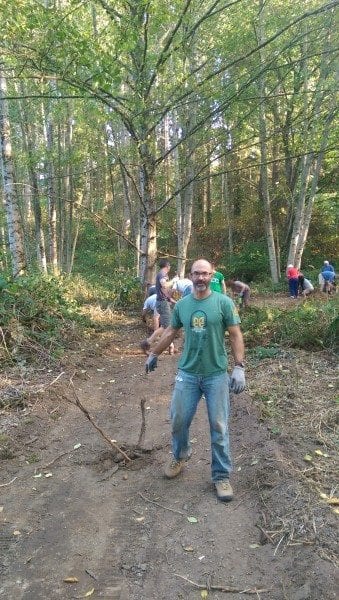 Smile while you work! 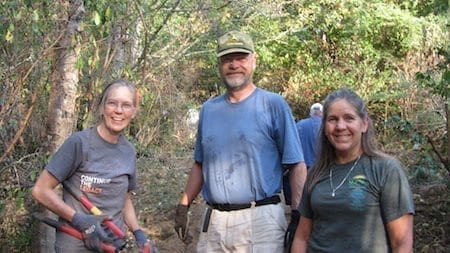 That’s the sound of the women working on the… 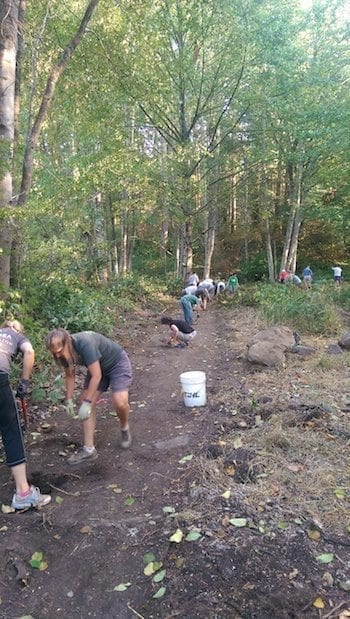 Fairhaven Lions Gary and Bartley (in the background). 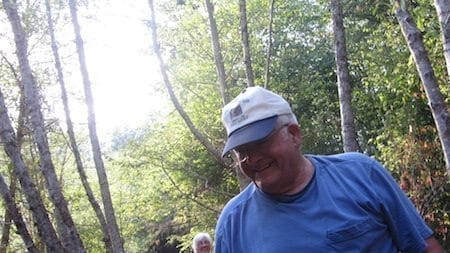 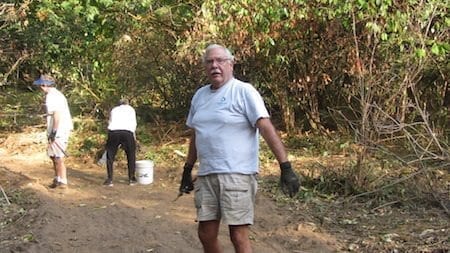 What can I cut next? 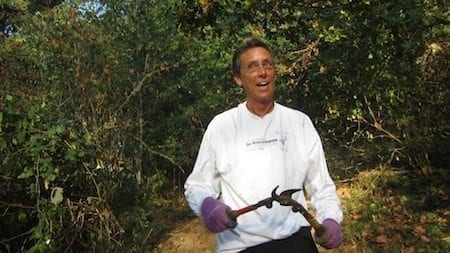 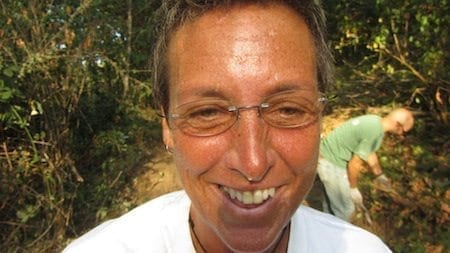 Having fun making it happen 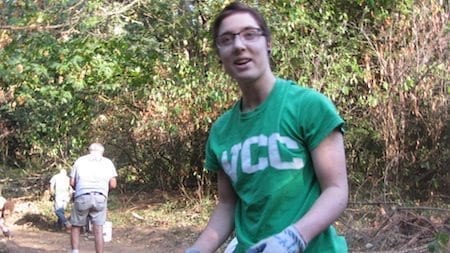 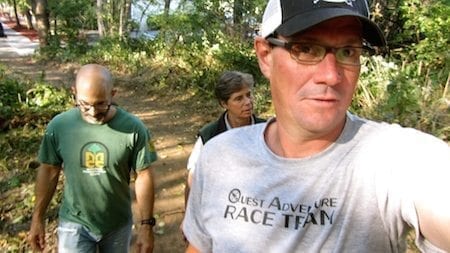 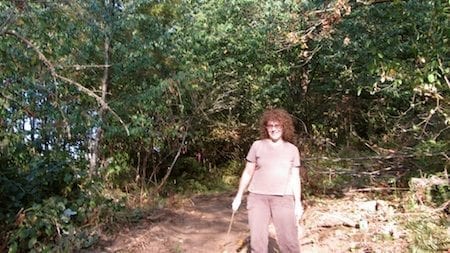 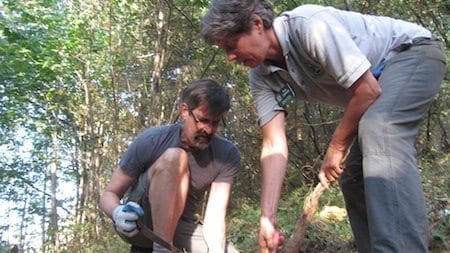 Making our way through the trail 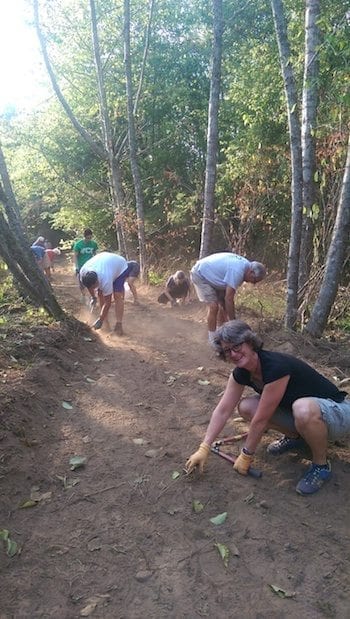 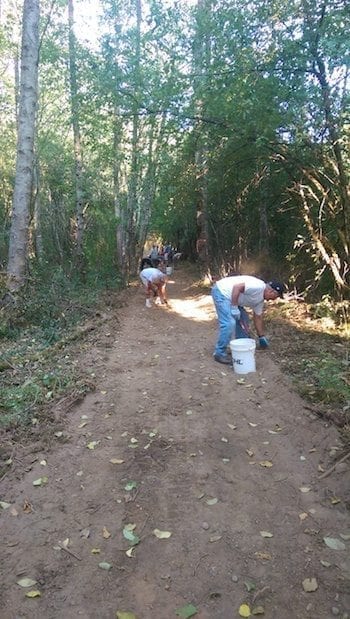 The gravel has been delivered and will go in soon! 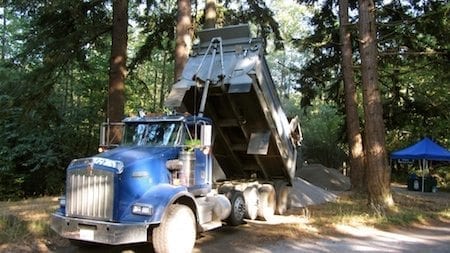 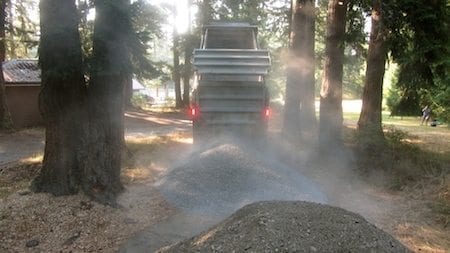 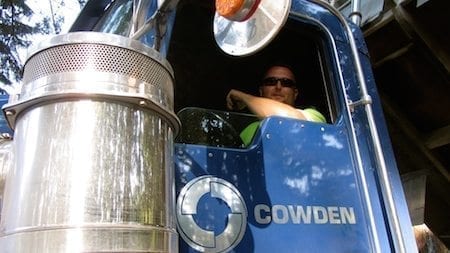 We have some big piles to spread! 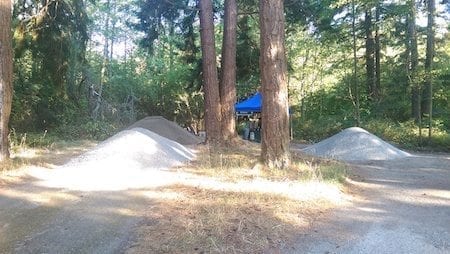 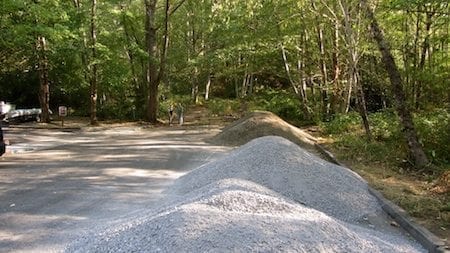 Here’s a time-lapse walk through of the trail on August 15th, 2015. It shouldn’t make you too dizzy…